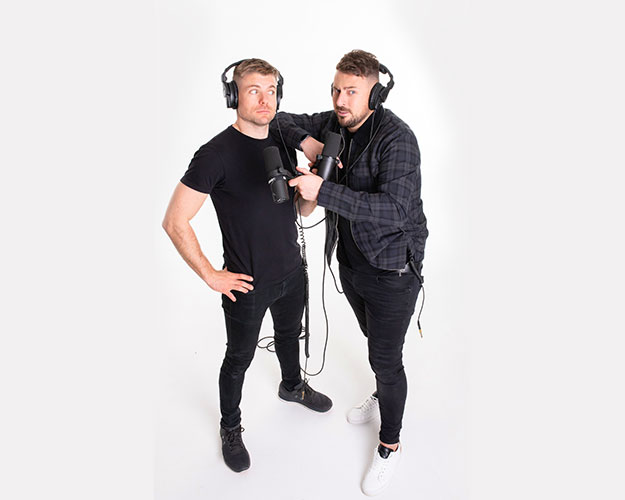 The 2 Johnnies have hit the Irish Entertainment scene with a bang and have proven to be Ireland’s favourite comedy duo. Hailing from Tipperary, Johnny B (O Brien) and Johnny Smacks (McMahon) have won the hearts of the nation with their hugely popular, side-splitting comedy sketches and satirical songs that capture the uniquely funny side of all things Irish. It’s been a whirlwind journey so far and they are only just getting started!

The pair were unstoppable in 2019, blowing the roof off some of the biggest venues in Ireland with both their full band show and their comedy duo set. They were the Most-Saved Act on the Electric Picnic app and performed before more than 8,000 fans on the new Terminus Stage. They were the highlight of The Vodafone Comedy Carnival, with their Podcast show outselling festival headliners John Bishop and Bill Bailey – and that was before they announced Marty Morrissey as their guest!

These two lads tick all the boxes, operating on a 360-degree platform across all social media. They have clocked up 25 million YouTube views, have a weekly 250,000+ listeners to their #1 podcast, enjoyed seven  No 1 singles, 190,000 Facebook followers, and 150,000 Instagram followers.

“High energy”, and “crowd-rousing” are phrases commonly used to describe their live shows, and this Easter Spring Break Podcast Tour will be no different.