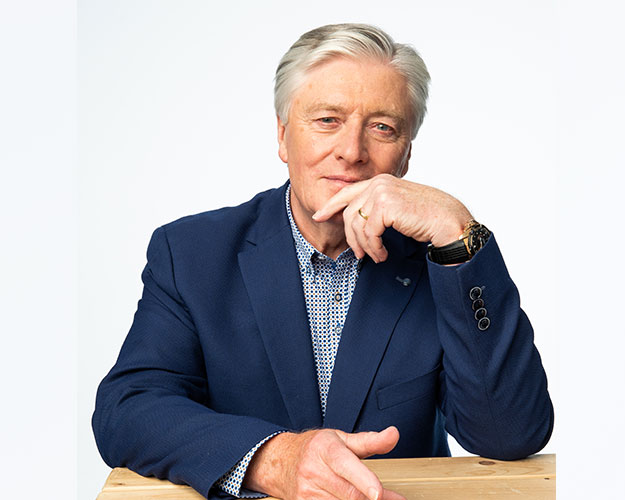 Pat Kenny joined Newstalk in September 2013, bringing with him an invaluable experience in broadcasting. One of Ireland’s leading broadcasters, Pat had a prolific presenting career at RTÉ for over four decades presenting Saturday Live, The Pat Kenny Show, the Eurovision Song Contest, and of course, The Late Late Show. Pat then took to screens on Virgin Media One hosting the Pat Kenny Tonight show. Pat’s career in media in parallel to his academic “day-job” working as a continuity announcer on RTÉ radio in the mid-1970s. His versatility won him a Jacob’s Award in 1986 for presenting three diverse radio shows: Saturday View on RTÉ Radio 1, and The Kenny Report and The Outside Track on RTÉ 2FM.

Known for intelligent and insightful thoughts and encouragement of younger broadcasters, in 2012 Pat was awarded an honorary Doctor of Science degree by University College Dublin for “exceptional contributions to public service broadcasting.” Then in 2016, it came as no shock when he received a lifetime achievement award by the Irish Film and Television

When the opportunity arose, Newstalk were delighted to welcome Pat to the team to present his own morning show. Renowned for his style and incisive analysis, Pat has brought Newstalk listeners a strong mix of current affairs analysis, human interest interviews and light entertainment stories.