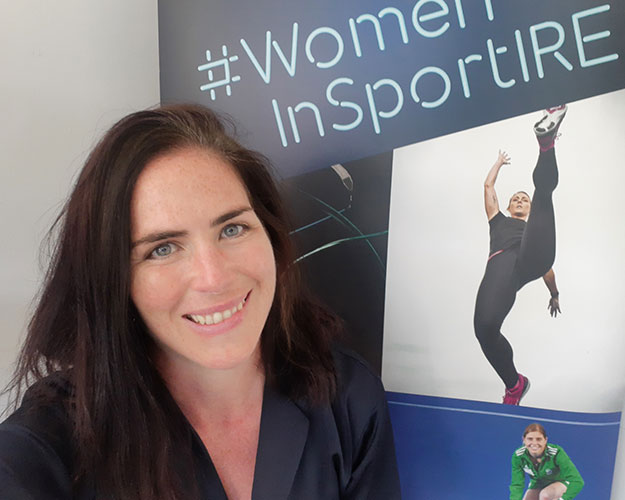 Nora has over 15 years work experience in the sports sector. In 2019 she joined Sport Ireland as the Women in Sport Lead, overseeing the implementation of objectives and actions as set out in the Sport Ireland Policy on Women in Sport, which aims to increase female involvement across all areas of sport, from participation to visibility, coaching and officiating to leadership and governance. Prior to joining Sport Ireland, Nora was the National Women’s and Girls Development Manager with the Irish Rugby Football Union from 2013. During this time, she was heavily involved in developing programmes and strategies to progress the growth of female rugby in the country. Prior to working in rugby, Nora worked for 6 years as a Games Promotional Officer for the Gaelic Athletic Association (GAA).

On the field, Nora played Intercounty Gaelic Football for Donegal winning two All-Ireland medals, Junior and Intermediate (2003 and 2010). In 2017 she retired from International Rugby with 50 caps and participated in three Rugby World Cups (2010, 2014, 2017). She won a Grand Slam with Ireland in 2013 as well as a second Six Nations title in 2015. She was also fly-half in the historic win over the New Zealand Black Ferns at the 2014 WRWC. In 2017, she was selected to play on the first ever Women’s Barbarian team.