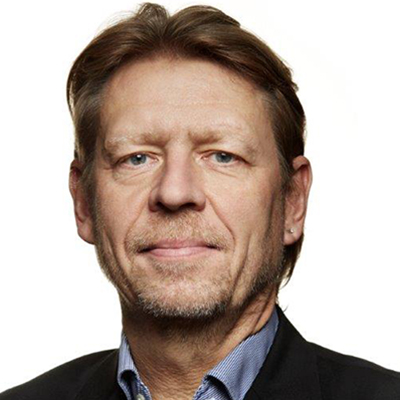 Born 1957 in Horsens, Denmark. Graduated from the Danish School of Journalism in 1988.

Returning to DR as Head of foreign desk at the Radio News Department. In 1996 Head of Current Affairs and Documentary at DR TV.

Executive Producer for the Eurovision Song Contest (ESC) in Copenhagen 2001

December 2001 appointed CEO of TV and Digital Media in DR and member of the Board of Directors.

I left DR in 2014 to become Head of Development and Production at the Danish Film Institute and member of the Board of Directors.