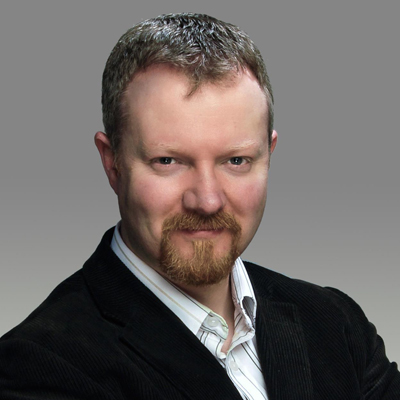 In 2017, after 19 years in the broadcast industry, Glen Mulcahy founded Titanium Media. Titanium is a media training and consultancy business designed to deliver the highest quality professional training and to ultimately empower people as digital content creators. In his former role as head of innovation with RTÉ, Glen led the introduction of video journalism and mobile journalism across the entirety of RTÉ.

Over the last six years he has also travelled extensively delivering training for clients like Aljazeera, Oracle, Symantec, BBC, NRK, YLE and many more. At home his training has been cross platform with courses designed for the Irish Times, TG4, and through Learning Waves many of the independent radio sector. He also has a selection of e-Learning courses available online as part of the Thomson Foundation “Journalism Now” initiative.

Glen is an acknowledged authority on mobile content creation. He has spoken on this subject and media futures at conferences like IBC Amsterdam (x2), EBU News Summit (x3) Circom conference, news:Rewired, JoongAng Ilbo Media conference S.Korea and many others.

He is also the founder of RTÉ Mojocon-an international mobile journalism conference which ran annually from 2015-2017. He is now working on the evolution of the event as an independent conference entitled: “Mojofest”.

All Sessions By Glen Mulcahy