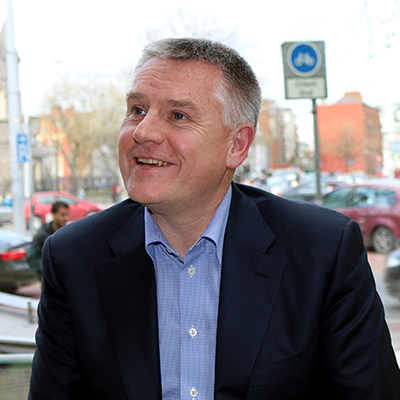 Bill has spent 35 years in the Advertising Industry amassing knowledge of the management of various businesses within this vibrant sector across both the UK and Ireland, including Saatchi & Saatchi, Ogilvy, the network, Mindshare and GroupM. Bill was a core part of the management team that established Mindshare initially in Asia in late 1997, in London in 1998 and then in Dublin in 1999. Bill is CEO of both Mindshare and GroupM in Ireland. GroupM is the WPP holding company for Mindshare, Mediacom and Wavemaker. All three companies report into GroupM.

Bill’s radio experience dates right back to 1982 when he started buying airtime at Bell Advertising. He continued his radio focus while in London where he was Press and Radio Buying Manager in his early Ogilvy role.

Bill is married with three sons and spends what little spare time he gets spinning, cycling, scuba diving and sailing.

All Sessions By Bill Kinlay